Backup of a Pimcore installation

You can easily create a backup of your Pimcore installation via the administrative backend of Pimcore. The backup creates a zip archive containing all files (according to the documentation only the folders "pimcore", "website", "plugins", but in our backup all data was included) as well as a current database dump. The backup can either be executed manually via the admin area or via a shell command, whereby the shell variant is considerably faster: php pimcore/cli/console.php backup 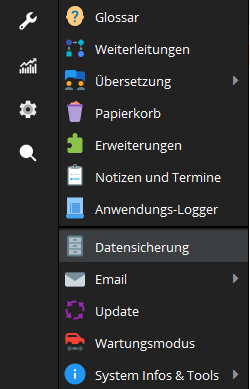 The backup is stored as a zip archive in the website/var/backup/ folder. Both versions show the progress of the backup. The backup can also be created automatically regularly via cron by executing the shell command mentioned above. The path to the backup is then displayed.